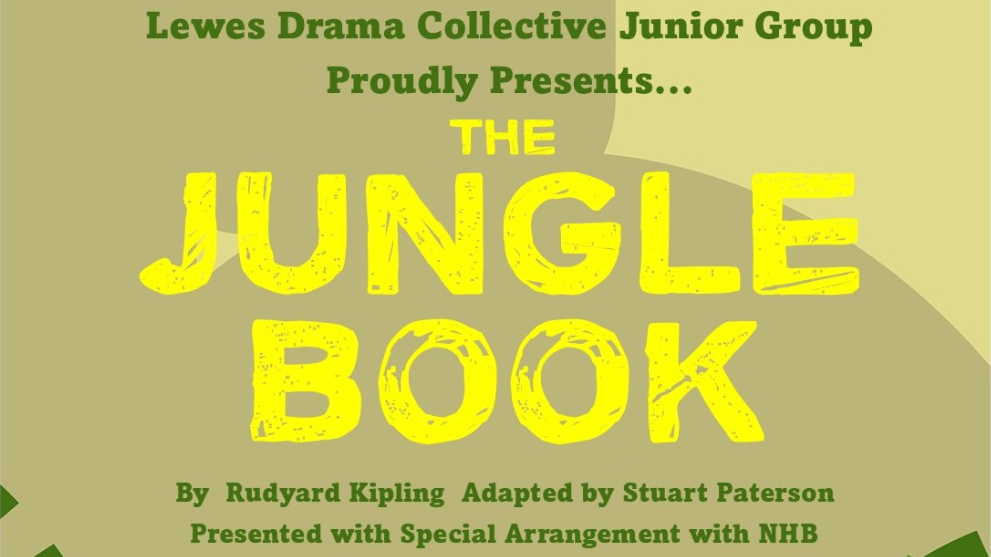 The Jungle Book – Proudly presented by our Junior Club

On Sunday the 18th of December at 11am, Lewes Drama Collective’s Junior Club proudly presents ‘The Jungle Book’ at the Malling Community Centre in Lewes 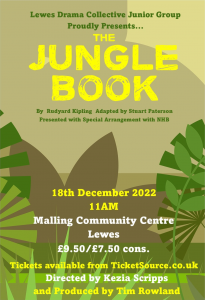 This amateur production is presented by special arrangement with Nick Hern Books.

Published January 2007, this acclaimed stage adaptation (Birmingham Stage Company version) is by Stuart Paterson of Rudyard Kipling’s classic fables which were first published in 1894 as a collection of stories that utilise animals in an anthropomorphic manner to teach moral lessons. It is said that Kipling wrote these stories for his daughter Josephine who sadly died from pneumonia at a very young age.

These famously popular stories have been shared throughout the years in multi-media formats across the world in movies and TV adaptations, on stage in theatres, and has been translated into at least 36 languages for more than 500 print editions and 100+ audiobooks. The early print editions were lovingly illustrated with drawings in the text by John Lockwood Kipling (Rudyard’s father), as well as the American artists W. H. Drake and Paul Frenzeny such as this one 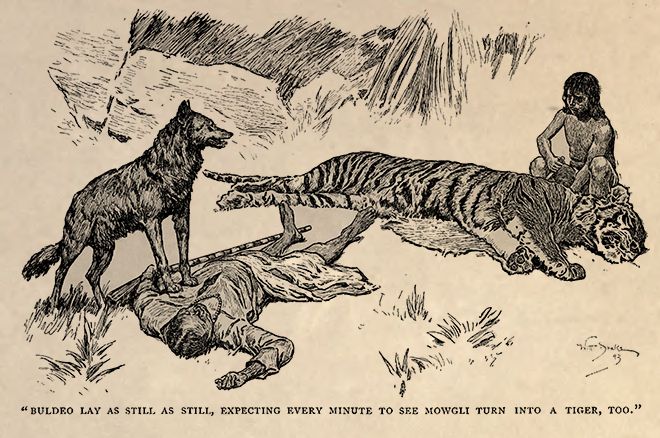 The stories in The Jungle Book were inspired in part by Rudyard’s childhood years and experiences in India as well as the ancient Indian fable texts such as the Panchatantra and the Jataka tales, such as the snake version of the “Rikki-Tikki-Tavi” story…

The idea of beast-tales seems to me new in that it is a most ancient and long forgotten idea. The really fascinating tales are those that the Bodhisat tells of his previous incarnations ending always with the beautiful moral. Most of the native hunters in India today think pretty much along the lines of an animal’s brain and I have “cribbed” freely from their tales.

See our young talented actors take to the stage this Winter as they become memorable characters such as the sincere black panther Bagheera, the fun bear Baloo, and the frightening tiger Shere Khan. Find out more about this forthcoming production on this page and book your tickets by clicking on the below image: 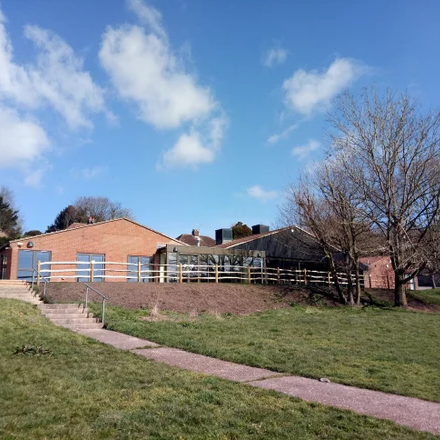