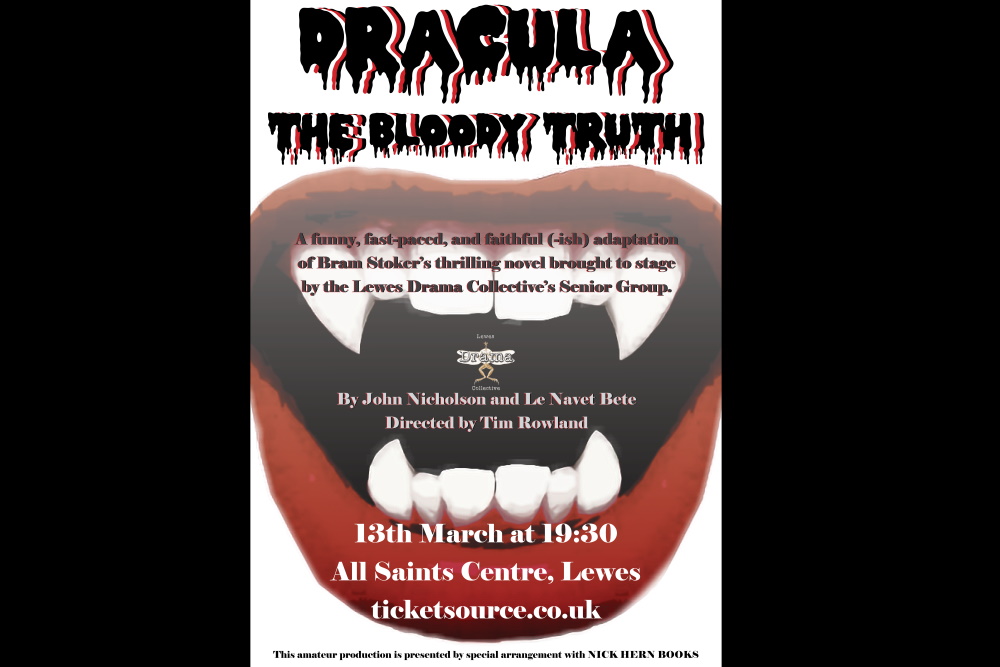 ‘Tonight I need you to understand the difference between fiction and the truth. Tonight you will discover that Bram Stoker’s Dracula, is in fact… fact.’

Join esteemed Professor Abraham Van Helsing and his idiotic actors as they frantically try to establish the truth behind Bram Stoker’s infamous Count… with side-splitting consequences which will make you die of laughter!

Having travelled to the awkwardly charming seaside town of Whitby in England from the malevolent Transylvanian mountains of Romania, the troupe stages a life-changing, theatrical production of Dracula. The result is a hilarious and fast-paced adaptation of Bram Stoker’s novel by one of UK theatre’s best comedy writers and directors, John Nicholson.

‘Ingenious and effortlessly hilarious’ – The Stage

Commenting on why this particular play was selected, Director Tim Rowland said:

“This play offers the cast an excellent chance to develop their physical theatre skills whilst delivering a really fun and engaging experience for audience members of all ages. I can’t wait to see the show!”

Please note that flashing lights and loud sounds will occur during the performance.

This production perfectly compliments our Victoriana themed weekend as our Saturday School members are taking on Trelawny of the ‘Wells’ on the Saturday afternoon – find out more here.